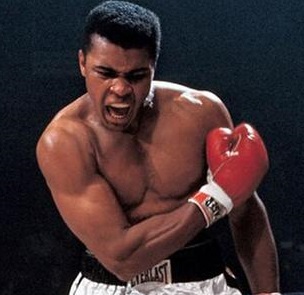 “I am the greatest!” Only one athlete would have been brazen – and justified – enough to proclaim himself as such. That was of course Muhammad Ali.

But while those of a certain age can’t help but agree with Ali, boxing fans still disagree constantly as to who is the Greatest Heavyweight Fighter of All-Time. The passing of time has reduced the legend of Ali as fighter but has aggrandized his sociopolitical stands to mythic proportions – and the story of his time-bending, dream-fulfilling fight against Rocky Marciano to literally determine the GOAT boxing champion is slowly dissipating in the collective consciousness.

On this episode of Truly The GOATs, we’re talking Muhammad Ali’s career, legacy, the Super Fight and the arguments of heavyweight GOAT-dom that may never be settled with Simon Walters of the You Don’t Play Boxing podcast and Dan Neumann of Sports History Network’s own Hello Old Sports podcast. And naturally we’ve got a sound bite or three from the man himself.

Truly The GOATs: We talk the greatest! 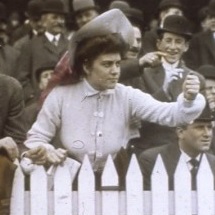 The answer is obvious, yet has somehow eluded mention on nearly every “Top Baseball-themed Songs” list ever composed. As far as Truly The GOATs is concerned, the answer is an objective truth – and you may just agree.

Joining us for this episode of Truly The GOATs is George Boziwick, retired chief music director for The New York Public Library for the Performing Arts at Lincoln Center. As a composer, music expert, researcher and baseball fan, George is imminently qualified to settle the dispute – and he’s got the surprising history behind one of America’s most beloved songs of any type.

Truly The GOATs: The sports history podcast with a bit of a thing for Katie Casey… 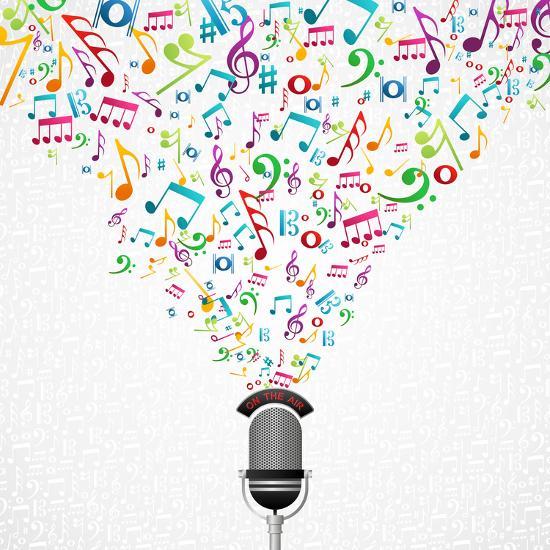 Recently, the sad realization that Truly The GOATs would have to change our theme song set in.

(Okay, so we didn’t *have to* strictly speaking, but there was this thing with C.C. Sabathia and Bill Simmons’s Ringer Network; it’s explained in the episode.)

Luckily a talented old friend came to the rescue and so we present the new Truly The GOATs theme song: Fun on Street (Greatest Remixxx of All-Time) by David Liso of Dynamo Stairs – groovy! 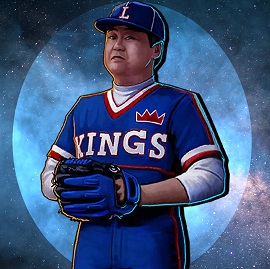 What do Canadian football, Star Trek, George R.R. “Game of Thrones” Martin and Theodore Roosevelt have in common?

They’re all involved in Truly The GOATs episode 8, Buck Bokai: Baseball’s Last GOAT, a look at the future of international sports after a 150-year golden age of humanity’s ball games. Are fans of certain high-level sports league watching the last generation of GOATs…? 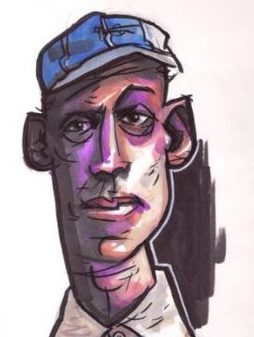 As probably the world’s leading authority on this all-time great of American baseball as well as a historian of baseball in the Midwest, Peter has also written a number of articles on Donaldson and baseball.

Included in the episode devoted to the story of John Donaldson were excerpts from one such essay written by Peter . And so Truly the GOATs is proud to present here the audio version of “One Diamond at a Time,” as read by Danny Solis. Enjoy! 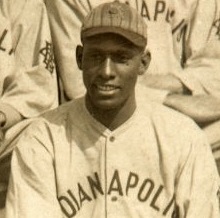 John Donaldson played professional baseball for 33 years, racking up 413 wins as a pitcher – more (verifiable) wins than anyone in American professional baseball history except Cy Young and Walter Johnson. His 5,000-plus career strikeouts are topped only by Nolan Ryan, and Donaldson’s career highlights also include some 14 no-hitters and *two* perfect games.

So how come you’ve never heard of him…?

On this episode of Truly The GOATs, John Donaldson Network founder Peter Gorton tells host Os Davis of the incredible exploits of an African-American left-handed power pitcher who was a good century ahead of his time. And if you think you know baseball history, get ready to enter an entirely different universe of barnstorming teams, local rivalries and year ’round schedules that was the average American’s experience of the national pastime before World War II – and Jackie Robinson’s debut with the Brooklyn Dodgers…

Truly the GOATs: Reassessing sports history in the 21st century.

Additional music for this episode includes a sample of an arrangement of “Take Me Out to the Ballgame” by Booby Howe. The song “Once Upon a Time” by Audiobinger is via FreeMusicArchive.org. 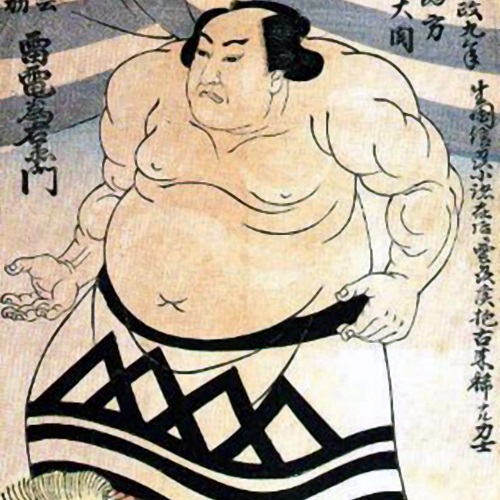 A sport that can trace roots 3,000 years back and has a solid 3½ centuries’ worth of stats – now we’re talking some true Greatest of All-Time athletes!

In fact, this episode is devoted to two GOATs and their ancient yet steadily evolving sport, sumo. First up is quite possibly the greatest athlete of the 18th century – a time when most “Western” sports were at least a half-century away from embryonic. His name was Raiden, and he compiled a winning percentage that may be untouchable in all of combat sports. Raiden stood as the undisputed GOAT for a good 200 years.

Until Hakuho showed up at the dawn of the 21st century. What does it take for any athlete to overcome a legend over two centuries old? As skeptical as Truly The GOATs is about crowning living athletes the GOAT, there’s a hell of a case to be made for Hakuho.

Joining this episode of Truly The GOATs are Andrew Freund, director of USA Sumo, and Dr. Dennis Frost, director of East Asian Studies at Kalamazoo College. Together with host Os Davis, the discussion runs to both legendary wrestlers, the times in which they plied their sport and the trimillenia history of sumo, one of humanity’s great sports.

Truly the GOATs: Never afraid to compare the all-time greats.

Additional music for this episode provided by Eric Taylor Music, Yakov Gorman, Audiotoolz, and Action Davis. Tracks for the latter three made possible by FreeMusicArchive.org. 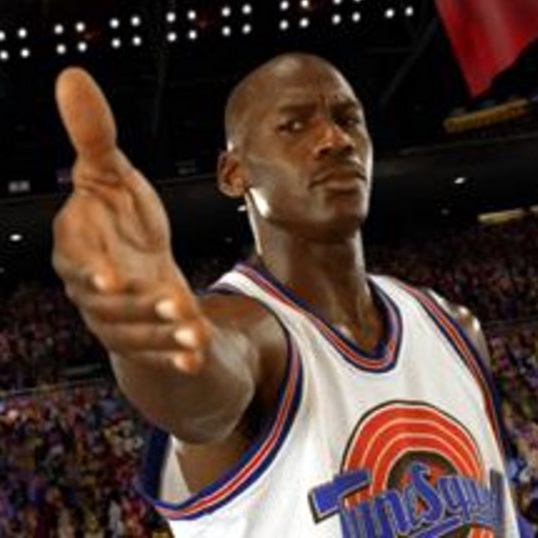 With ESPN’s 10-part series The Last Dance in our collective rearview mirror, Truly The GOATs host and sometime film critic Os Davis together with his former colleague in European basketball podcasting, David Hein. Dave, a sports journalist and native of Chicago, guested on Truly the GOATs episode 5, in which we reviewed The Last Dance, inevitably dissecting the myth of MJ, those Bulls and the mighty Dream Team of 1992.

On this bonus episode of Truly The GOATs, Os digs into the personal archive to bring you this remastered review of Space Jam from a 2013 episode of the Taking The Charge podcast, including some predictions about a film production being discussed back then called Space Jam 2. (Warning: References to Lebron’s Miami Heat and “The Harlem Shake” may induce flashbacks.)

Truly the GOATs: We got a real jam going down… 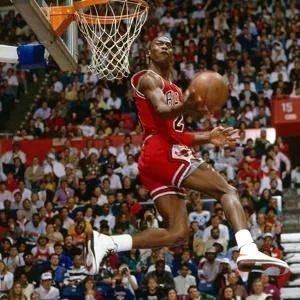 Everybody else is talking about it, so why can’t we?

With the coronavirus pandemic keeping most major professional leagues closed – Korean Baseball Organization notwithstanding – much of sports fandom worldwide is tuning into ESPN’s documentary series The Last Dance featuring basketball GOAT Michael Jordan. And whereas Truly The GOATs is based on a wide view of sports history, COVID-19 has schedules everywhere tied in knots, and ours is no exception.

So TTG host Os Davis welcomes his former podcast co-host/-producer and Germany-based sports journalist David Hein to talk the 10-part series, those 1990s Chicago Bulls, the (literally) game-changing Dream Team and of course Michael Jordan himself. (In short, as European basketball fans, more on Toni Kukoc would be awesome, ESPN…)

Truly the GOATs: Still taking MJ over Lebron in *that* argument… 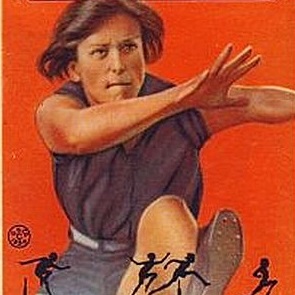 You’d think that earning three-American basketball team nods plus one national team championship, winning the national Olympic trials as a one-person team and winning more tournaments than any golfer except Tiger Woods would earn an American athlete a spot in the cultural consciousness forever – or at least 75 years or so.

On this episode of Truly the GOATs, we’ve got the story of Mildred “Babe” Didrikson Zaharias, quite probably the greatest female athlete ever and certainly the most naturally gifted. Host Os Davis is joined by W.L. Pate, president of the Babe Didrikson Zaharias Museum and its concomitant foundation. Further helping compose the story are excerpts from Babe’s autobiography and contemporary reportage.

Babe Didrikson Zaharias’s autobiography This Life I Have Led is in the public domain and may be downloaded for free at TrulyTheGOATs.com/babebio or just click here.